Why is Crypto receiving a friendly treat from both sides of the pond?

Switzerland’s blockchain industry has recently concluded its 4thCrypto Valley Summit in Zug, a gathering of blockchain driven companies that opt to disrupt fintech, assets and currencies. Ueli Mauer, Swiss Finance Minister and the country’s president for 2019, said in his key note speech that “swift and clear” changes to the regulatory system will enhance Switzerland’s status as an international blockchain hub.At the same time Rahm Emanuel, the mayor of Chicago, delivered a key speech suggesting that mass crypto adoption may be inevitable.

Only a few thousand miles away, the former chief of staff at the White House during Barack Obama’s term, and former House of Representative from Chicago, Rahm was quoted say that he thinks “an alternative way of currency dealing with the debt markets is going to happen” at some point in the future. His speech was inspired by the recent financial crisis in Venezuela and his belief about the outlook of cryptocurrencies. He went to say that he was ready to facilitate regulation similar to those adopted by Colorado and Wyoming.

Colorado exempts cryptocurrencies From Securities Laws if they meet certain criteria. According to SB19-023 – the Digital Token Act – clears the way for utility tokens to be used by entrepreneurs to build new technologies, strong ecosystems and decentralized applications.

According to the act, digital tokens that have a” primarily consumptive purpose”* meet the utility criteria and thus are set apart from traditional regulated securities (i.e shares, bonds, etc). Utility tokens can execute “smart contracts” to complete functions that transfer value and can be sold or transferred without breaking the law. The act, transforms Colorado to a crypto friendly.

Similarly the state of Wyoming on January 31, has passed laws,according to the state  legislature website, that recognize crypto assets as money.The bill classifies crypto assets in three categories:

Any asset falling within one of those categories will be classified as intangible personal property. Further mote virtual currencies are to be treated the same way as fiat currencies. The bill goes on to authorize banks to “provide custodial services for digital assets consistent with this section upon providing sixty (60) days written notice to the commissioner.” The bill went into effect on March 1st.

The implication of this is that Wyoming recognizes cryptocurrency as money.

Although there is no uniform regulatory framework i.e Germany and Japan treat cryptocurrency like money, whereas,Mexico and Denmark treat them as an unregulated asset, it is evident an attempt is taking place to impose some regulatory oversight. It seems the state of Wyoming might be the underdog that took California and NY by surprise as it has been showing continued efforts to become the crypto hub in the U.S. Finally,the state itself has expressed interest in implementing blockchain technology for its administrative apparatus.

It is my understanding that sooner than later more states will follow suit employing digital assets friendly laws enabling the US ecosystem to accelerate. Recognizing the trend Switzerland is accelerating its own regulation to provide transparency and thus accommodate even more Blockchain project in land. It is inevitable that the rest of EU will remain indifferent. UK is likely to follow suit with the rest of Europe not later than 2020/2021. Cryptos are expected to have a more accommodating legal and regulatory environment going forward.

Why is the Crypto market booming?

Let me answer this question with another one. Is it really booming? What are we really experiencing these last days?

The King is back, get ready for the next Bull Market, to the moon and many other quotes have started to appear on the horizon the last 48 hours. So what really happened? Is there a significant event that led to this sudden price raise?

My opinion is nothing happened. No immediate or sudden surprise occurred these last days. What is happening the last months and through out 2018 is that projects have started to mature and regulations are taking place. Not a lot of people are interested in the market since it was moving between 100 and 140 Billion USD.

According to my statistics the market cycle is changing and if we take May of each year as a point of reference we will see that from May 2017 to May 2018 we are experiencing the same cycle as of May 2014 to May 2015 where the market lost 50% of its value. I believe that we are living the same story and if the market reaches 200 Billion in May i will be right.

So imagine what happened to the investors that entered the market in May 2014 and lost 50-60% of their investment till May 2015. They sold thinking that a disaster happened and that Crypto was a risk market. And then the market took off.

This is what is going to happen one more time. Everyone that entered in January 2018 at the all time high thinks that they have lost their investment. With the market cap at 174 Billion and only 1% of the Global Populations being aware about Cryptocurrencies i guess you can imagine where this is going to lead.

The fact that the market recovered by 30 Billion in just 48 hours shows that there has been a major compression of the prices and when the big players that have accumulated almost every valuable cryptocurrency so far decide that it is time the market will explode.

Is it going to happen now? Maybe yes and maybe no but this is a clear sign of what is going to happen very soon. So what should a small investor do? My personal opinion is just wait and enjoy the ride.

Decide now when you are going to sell. Do not repeat the mistakes of 2018.

Check out the major cryptocurrencies such as Bitcoin, Bitcoin Cash, EOS, Vechain, Ethereum, Ontology which are sleeping Giants.

Look out for opportunities that have performed well so far such as Digitex Futures, Smartlands, GlobaTalent and Exchange Coins such as Binance Coin.

Ontology is a NEO based Cryptocurrency that was distributed as an airdrop to NEO Holders.

Lets examine the key metrics according to my research:

Historical Multiplier (how many times an investor multiplied his investment in 2018 if he bought at the ATL): X10.2

So what is our conclusion? Ontology is a good choice because the early investors have not taken a lot of profits and the Crypto Winter did not let them multiply their investments. It is a solid technology and the projections during the Bull Market indicated its power. So yes someone should consider Ontology today as a good opportunity.

In our April Vol 2 Newsletter we are going to analyze EOS.

As a closing note i must mention that we do not provide investment and financial advice and each individual investor must seriously consider the dangers before entering the market. See you in two weeks.

Full house for the Crypto Advanced Presentation during the Greek Trader Investment... 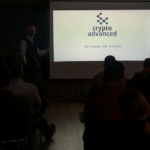 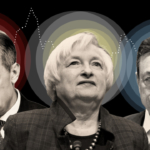