You are here: Home1 / Free Content2 / Is Crypto receiving a friendly treat from both sides of the pond?

Switzerland’s blockchain industry has recently concluded its 4th Cryp[to Valley Summit in Zug, a gathering of blockchain driven companies that opt to disrupt fintech, assets and currencies. Ueli Mauer, Swiss Finance Minister and the country’s president for 2019, said in his key note speech that “swift and clear” changes to the regulatory system will enhance Switzerland’s status as an international blockchain hub. At the same time Rahm Emanuel, the mayor of Chicago, delivered a key speech suggesting that mass crypto adoption may be inevitable.

Only a few thousand miles away, the former chief of staff at the White House during Barack Obama’s term, and former House of Representative from Chicago, Rahm was quoted say that he thinks “an alternative way of currency dealing with the debt markets is going to happen” at some point in the future. His speech was inspired by the recent financial crisis in Venezuela and his belief about the outlook of cryptocurrencies. He went to say that he was ready to facilitate regulation similar to those adopted by Colorado and Wyoming. Colorado exempts cryptocurrencies From Securities Laws if they meet certain criteria while Wyoming has passed laws that recognize crypto assets as money authorizing the banks to provide custodian services for digital assets.

It is my understanding that sooner than later more states will follow suit with employing digital assets friendly laws enabling the US ecosystem to accelerate. Recognizing the trend Switzerland is accelerating its own regulation to provide transparency and thus accommodate even more Blockchain project in land. It is inevitable that the rest of EU will not remain indifferent for long. UK is likely to follow suit with the rest of Europe not later than 2020/2021. Cryptos are expected to receive a more accommodating legal and regulatory environment going forward and this is good for growth.

SEC reached a settlement agreement for violation of an unregistered initial... 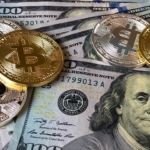 Full house for the Crypto Advanced Presentation during the Greek Trader Investment...
Scroll to top